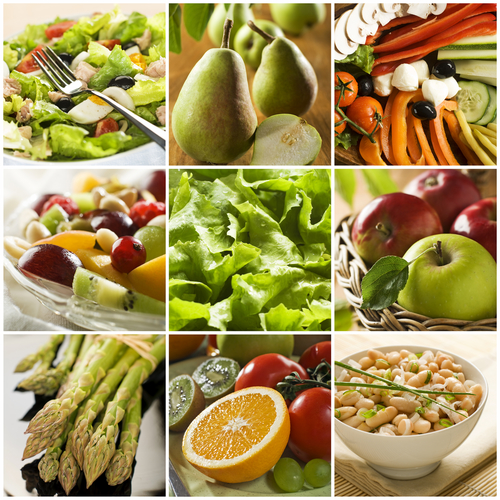 A well balanced diet plays an integral role in achieving proper nutrition and health for everyone.  It is even more important for those who have been diagnosed with inflammatory bowel disease (IBD).  These individuals have a harder time extracting the nutrients from their food as the integrity of their digestive tract has been compromised and weakened by inflammation.   Inflammation damages the small, finger-like cells in the intestines called intestinal villi.  These villi increase the surface area of the intestine allowing your body to breakdown complex nutrients like proteins into amino acids which are the building blocks of our tissues . They also contain enzymes that aid in digestion. Needless to say, when villi become damaged, the body's ability to derive the nutrition it needs from food is decreased. People with IBD, in particular, have to be diligent about the food choices they make in order to avoid malnutrition (which leads to a cascade of other issues) and dehydration.

"But what do you do when it feels like everything you eat hurts, makes you nauseated or causes you to run to the bathroom?"

That is one of the first questions I asked my initial Gastro-Intestinal (GI) Doctor when I was first diagnosed with IBD .  His answer to that question is one that I have heard many times in my personal journey and when I treat people with IBD.  He said, "It absolutely DOES NOT matter what you eat."

So, during my first IBD flare and not knowing much about diet, I decided to eat whatever was convenient at that moment.  My food of choice, as a 18 year old, was pizza pockets.  It was the only thing that was appetizing to me.  However, after I ate, more pain and more frequent bowel movements would always follow. I realize now that I wasn't craving the pizza pocket itself but the fat content and simple carbohydrates.  This thought led me to view cravings clinically as a clue to what nutrients patients could be deficient in. For example, (this is for all the chocolate lovers out there) if you are craving chocolate on a daily basis, this could potentially indicate a magnesium deficiency. So, take note of what you are craving and make sure to talk to your Naturopathic Doctor about it.

I also thought that in order to function at a somewhat normal academic level and continue to see my friends,  I would only eat at  night so I wouldn't have symptoms during the day.  While the hunger was present, the pain wasn't and that worked for me. The eating patterns that I developed quickly led to malnutrition and dehydration which had their own effects on my body such as fatigue, gas pain, hair loss, mood changes, inability to focus and so on.

After my initial diagnosis, I visited a Naturopathic Doctor and was informed that, in fact, food does matter a lot. It made sense when I thought about it. What I was eating directly came into physical contact with the part of my body that was sick. My intestines would either react negatively with inflammation or positively with healing.  He proceeded to completely change my diet and the specifics about the way I ate.  When I first started to implement the changes he recommended, it felt like nothing was changing but, after the first week, I started to notice that I had less pain, less blood, less bowel movements and, most important to me a the time,  I began to be able to sleep through the night without being awakened by painful cramping.  Every week got a little better, until one day (which I remember vividly), I had no symptoms after I ate.  The happiness I felt in that moment when I realized "I could do this" was incredible.  Before visiting a Naturopathic Doctor, there was a part of me that doubted I would ever feel "normal" again but now I did.  I knew that what I put into my body would  make or break my remission and I was determined to make it.  It wasn't easy, I will say, and 10 years ago there were a lot less options than there are available now.  My new diet took some getting used to and a lot of trial and error. When it became difficult to make good food choices, I reminded myself I never wanted to go back to that place physically or mentally again and that continuing with my diet was what I had to do.

Two years after my initial diagnosis, I decided  to become a Naturopathic Doctor.  I took every opportunity in school to learn and research everything I could about what I could do in order to optimize diets to help the  gastro-intestinal tract heal.  When in school,  I realized quickly that I had barely scratched the surface. There was science behind how food can cause inflammation and Naturopathic Medicine had a lot to offer on this topic.

What I have learned is that one of the first changes a person needs to make is removing raw food until the gastro-intestinal mucosa has healed.  Raw food has a rough quality due to all the fibre it is composed of.  Fibre's job is to go into our system and scrape against the waste that is stuck to the colon wall.  While in a healthy system this is ideal for proper colon function, in a system where the walls of the colon are weak and ulcerated, this is the last thing you want to do.  Additionally, raw food requires more digestive enzymes to break it down so we can absorb nutrients from them.  Cooked food is more gentle on a compromised digestive tract and requires less work to break it down as the heat from cooking has already started that process.  Softer food, especially in a flare, will give the body a chance to heal while still getting the required nutrients.

Any food that causes inflammation will weaken the digestive tract and will worsen IBD.  Some foods are more inflammatory by nature. When trying to calm down an inflammatory process like IBD, it is important to avoid the following inflammatory foods:

Every person is different, therefore, every diet has to be tailored to meet the individual's needs. Learning how the specific foods trigger an inflammatory response in your system is key to decreasing inflammation and choosing the best diet for you.  I  tried many types of diets through my journey. While most of them had value, I always felt there was something missing until I learned of a test that was able to measure what foods were causing inflammation in my system.  This was amazing to me because I realized I could take the guess work out of what was affecting my system.  The test helped me identify an unexpected food item that was causing my inflammation and gave me the last key piece in completing IBD food puzzle.
So let me ask you this -  Do You Think Food Matters?


***In next month's blog I will be focusing on IgG & IgA food sensitivity panels as well as  the different types of testing that are important in monitoring patients with IBD.

This is the second in a 12-part series on the Irritable Bowel Disease.  We encourage you to check out the other blogs by Dr. Kimberley Ramberan, ND.

Posted by Kimberley Ramberan, ND at 11:45 AM