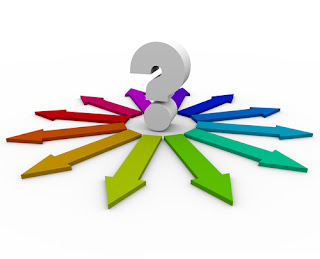 The requirement to isolate is into it sixth week. This is putting many into a state of fear, uncertainty and confusion.  Speculation is making the situation worse. Although there are many unknowns, we do know quite a bit about COVID-19 including what groups are most susceptible to severe or fatal outcomes, how it is spread and how to protect ourselves.

Generally speaking, the more understanding you have about a stressful situation the easier it is to handle. Also, looking at a problem from many different perspectives often provides the best insight into not only why there is a problem, but how to handle it. The following analysis raises many questions, but hopefully it also shreds some light and alleviates some of your concerns.

To get a better understanding of what is really going on I analyzed the statistics (as of April 21st) provided by the World Health Organization (WHO) a few different ways,  For the sake of this analysis the focus is primarily on what the fatality rate tells us. I have focused on fatality rates as the rationale for the extreme Public Health measures that have been taken are about preventing deaths, not about preventing mild symptoms. Of the 209 countries have reported confirmed cases for COVID-19, the following is what it currently indicates:

Chart 1 looks at fatality rate by world region. All regions, other than Europe were tracking at a death rate between 4.3 and 4.8 percentage . In Europe the rate is tracking at 8.5%.  What's going on in Europe?
Although there is a high degree of consistency in most world region, when you break that down by countries within each world region, there is more variability.  For example, in the Western Pacific the fatality rate in China is reported at 5.5%, Korea at 2.2%, Japan at 1.6 and Australia at 1.1%.

Chart 2 illustrates that the fatality rate by country varies substantially.  55% of the countries currently have a rate of less than 2% with 21% reporting no fatalities at all based on the date of the analysis. 7% of the countries had a fatality rate of greater than 11% including the European countries of France (17%), Belgium (14%), United Kingdom and Italy (13%) and Netherlands (11%).

The tremendous variability in fatality rate by countries provides additional confirmation that there is something other than the virus itself that is a threat to health.  Why is the fatality rate in the majority of countries so low and in others so high?  What can we learn from those countries with such a low rate? 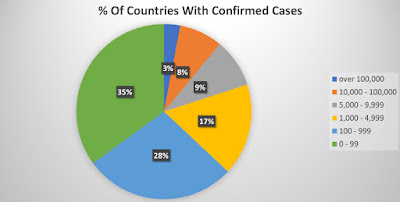 What this indicates is that, generally speaking, the majority of countries have been able to control the spread of COVID-19 quite well.

When we look closer that the numbers it is not that black and white. Of the countries that have more than 100,000 confirmed cases of COVID-19, the fatality rate ranges from 3% in Germany, 5% in the United States, 10% in Spain, 13% in Italy and the United Kingdom and 17% in France.

If it was simply, the higher the number of cases the higher the fatality rate, why is there such a range? Is this because of hospital capacity?  Is it associated with population density?  To what degree does the age of the population in those countries impact the outcome? What other health factors are impacting the outcome?  What else needs to be considered.

If we look a little closer at the numbers in Canada, as of April 25th there are 44,353 confirmed cases reported in Canada with a total fatality rate of 5.3%.  Nine provinces and territories have a fatality rate below 2.5%.  Quebec has the highest rate at 5.9%, followed by Ontario at 5.8% and British Columbia at 5.3%.

Just recently what has also come to light is that a large number of deaths (upwards to over 80%) are in the elderly and in those that are institutionalized.  On April 14th, a local paper reported that over 90% of the all fatality in Canada were in those over the age of 60.  What is also interesting about this fact is that those over 60 years of age represented only 38% of those that had COVID-19. The correlation with severity of symptoms and fatalities is not only related to age, but to a person's overall health status, especially as it relates to uncontrolled diabetes and heart disease. Similar facts have been echoed in other countries as well.

Why do I like all the numbers?  I like numbers and research because it brings reason and logic to any situation where emotion tends to drive outcomes and behaviour.  I rely on it because it confirms that the threat of COVID-19 is not based solely on the virulence factor of the virus.  It is a stark reminder that there are many factors to consider.  From a naturopathic perspective (or my perspective) there are three main things to consider:


Protecting Yourself From the Virus 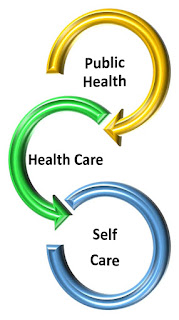 Yes, it is important to follow the guidelines from your local Public Health. Understanding how the virus is transmitted hasn't changed.  It is transmitted through respiratory droplets primarily when a person coughs or sneezes and then touches a surface that someone else comes in contact with and then touches their face.  The reason that the primary Public Health guideline is to wash your hands frequently and avoid touching your face after touching other surfaces is because this is the primary way that transmission happens.

I am concerned that without an understanding of the rationale for Public Health guidelines many people are taking things too far. So let's look at the rational for the main protective guidelines.

With the high number of fatalities in individuals that have been institutionalized and in larger cities, the environmental factor will likely receive a lot of attention. There will be many questions raised such as:

We will likely be faced with other threats to health in the future. The question now is what have we learned and how do we prepare moving forward.  There are many environmental factors that a play in health and disease. Looking at environment from the perspective of health will help us make better decisions moving forward. 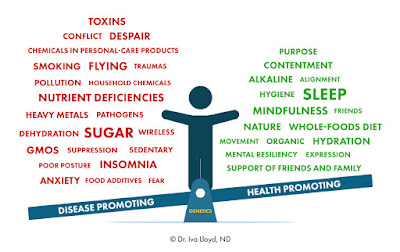 It is important for individuals to recognize that over time most of us are likely going to come in contact with COVID-19.  The current stats indicate that over 80% of people will experience mild symptoms or no symptoms at all.

The two main factors that are associated with increased risk of severe symptoms or fatality from COVID-19 are those that are older AND that have other health issues such as diabetes, hypertension and other cardiovascular diseases.

Expect that over the next few months there will be many speculations as to why the fatality rate is so high in the elderly population, especially those in institutions. No one can say that they have all the answers, but what we do know at this time is that nutrient deficiencies are a world-wide problem, especially in the elderly. Also, with any respiratory infection, those individuals that are not sedentary and not engaging in physical activity may be more susceptible.

Part of the conversation will and needs to shift to the comorbidities (diabetes, cardiovascular disease, hypertension and obesity) that are associated with increased risk of fatality and severe symptoms of COVID-19.

What does all this mean for most people?  This situation has highlighted the need and the importance of lifestyle as a means of supporting overall health -- through all stages of life.

Looking at the statistics, both in Canada and around the world, have highlighted that this pandemic and future health crises can only be solved and prevented by looking at the problem from as many perspectives as possible. To-date the virus has been the focus. Over the next coming weeks and months we can expect that environment and lifestyle will explored in a lot more detail.

For more information on how to support your health, review my previous blogs:

For more information on staying healthy, check out our website at www.naturopathicfoundations.ca