B12 Deficiency, a Growning Concern in Children and Adults

Vitamin B12 is a water-soluble vitamin that is naturally present in foods that come from animals, including fish and shellfish, meat (especially liver), eggs and milk products, as well as fortified cereals and other fortified foods. With changes in dietary patterns and other factors, vitamin B12 deficiency is becoming a major concern. 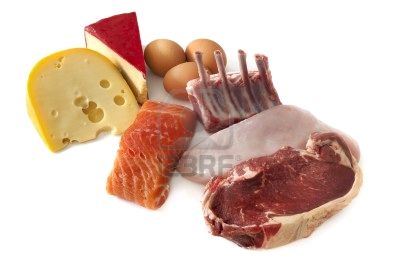 Symptoms of Vitamin B12 deficiency

Signs of B12 deficiency in adults include:


Signs of B12 deficiency in children include:

What causes a deficiency?

A deficiency of B12 can be caused by:

The Link between folate and Vitamin B12

Over the last twenty years specific foods have been fortified with folate. Folate fortification and maternal supplementation were a public health initiative aimed at reducing folate-deficiency neural tube defects at a time when populations were eating large amounts of red meat (B12 rich) but few fruits and vegetables (folate-rich).

Testing for Vitamin B12 deficiency

Because of the strong link between Vitamin B12 levels and decreased cognitive function, it is often recommended that anyone with signs of memory loss be tested for Vitamin B12 deficiency.

Another way to gauge Vitamin B12 deficiency is to request an intra-muscular injection of Vitamin B12 and see if you notice any symptoms.  Generally speaking, a positive result to a Vitamin B12 injection will be noticed within 48 hours.

Monthly intra-muscular injections of B12 are the most efficient way of building up low levels of B12 in the body. Often after the first injection there is a notable improvement in either energy, cognitive function or sleep. Vitamin B12 injects are generally regarded as very safe.

Depending on your levels, it can take between 3 and 6 months, or more, to re-establish normal B12 levels. For mild symptoms or once levels have been re-established with intra-muscular infections, sublingual Vitamin B12 may be indicated, especially if there is also a decreased consumption of B12 rich foods.

There are three types of B12:

If you suspect that you have a B12 deficiency and you have been taking B12 injections without much improvement, I encourage you to request a different form of B12.

Vitamin B12 deficiency is very common and is very easy to treat.  If you are suspect that you may be deficient I encourage you to get tested.  For more information talk to your naturopathic doctor.