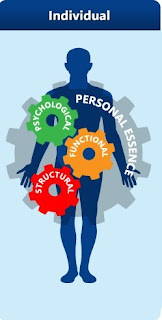 Although there is tremendous variability in people and how their body "talks to them", there are times in practice when specific symptoms or conditions seem to be more prevalent.  Part of this is a reflection of the season or the focus of media, but sometimes it is a reflection of a change in the environment or other external factors that are at play.
Here is a snapshot of a few of the common symptoms and health issues over the last few months:

More patients have complained of vertigo and dizziness in the last few months than in the last twenty-years of practice. That to me is both interesting and concerning.  When someone presents with vertigo or dizziness the general factors to consider are:

When a number of people end up with vertigo and dizziness at the same time we would also consider other factors such as:
Generally vertigo lasts for a couple of days. If it comes on suddenly, is extreme or is lasting longer than a few days, it would be beneficial to have a naturopathic doctor or medical doctor do a more thorough assessment.

We have gone from a point-in-time when the focus and concern was that most people were deficient in Vitamin D, to one where the concern is that people have taken so much vitamin D- sometimes 5,000 to 10,000 iu for an extended period of time - that they now have high levels or toxic levels of vitamin D.  Here is a quick look at the benefits and cautions of Vitamin D.

Some of the symptoms and conditions associated with Vitamin D deficiency include:

Excess intake over an extended period of time can contribute to:
Yes, Vitamin D is important, but if you have been taking high doses of Vitamin D for more than three months, I encourage you to have your Vitamin D level checked by your naturopathic doctor or medical doctor.

Nutrient Deficiencies Due To Special Diets

At no point in time has there been such a concern with nutrient deficiencies due to special diets. Too often, there is a lack of understanding that all food groups are essential. The body needs good fats, adequate protein, lots of vegetables, fruit and grains.  A number of health issues arise when diets are deficient in grains, or when vegetables are lacking in the diet or when there isn't adequate fat or protein. Here are some resources that help explain why a balanced diet is essential:
The impact of the pandemic on health will be covered in next month's blog.  Stay tuned.